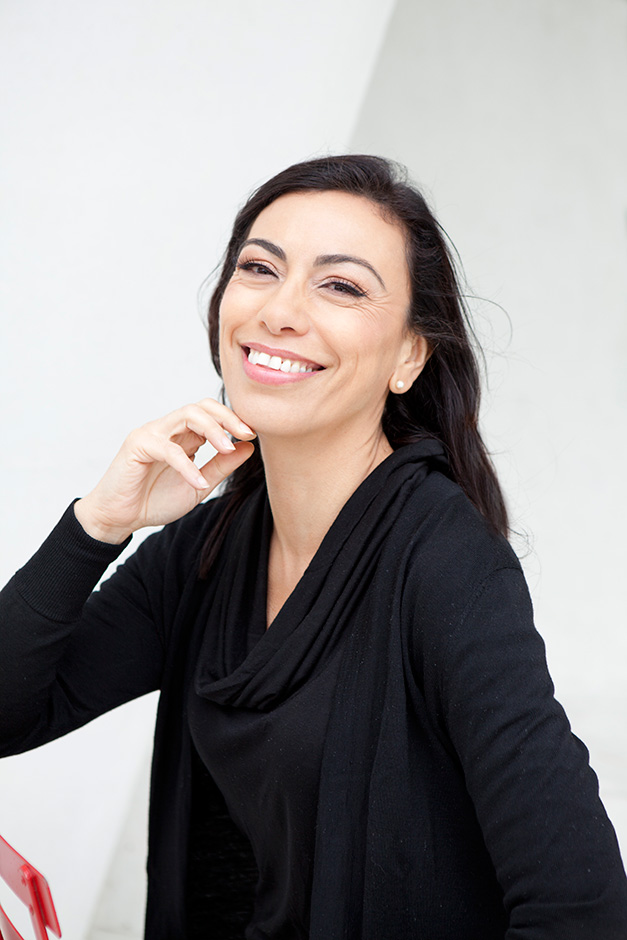 Carmen Aguirre is a Chilean-Canadian author, actor, and playwright, a Core Artist at Vancouver’s Electric Company Theatre, and co-founder of The Canadian Latinx Theatre Artist Coalition (CALTAC) https://caltac.ca/. She wrote her first play, In a Land Called I Don't Remember, while still a student at Studio 58, where it premiered to critical acclaim. It was published by Talonbooks in 2019 in an anthology of her first three plays, entitled Chile Con Carne and Other Early Works. Since then, much of her writing has been autobiographical and unabashedly left wing, exploring themes of exile, loss, alienation, and isolation. Often the tone of her work is darkly comic.

Carmen has written and co-written twenty-five plays, including Chile Con Carne, The Refugee Hotel, The Trigger, Blue Box, and adaptations for the stage of Eduardo Galeano's, Jorge Amado's, and Julio Cortazar's work. She founded The Latino Theatre Group in 1994, made up of Latinx non-actors from the local community, and co-created over twenty-five Forum Theatre pieces with them over the next eight years, including two full-length plays, ?QUE PASA with LA RAZA, eh? and Spics n' Span. She continues to facilitate Theatre of the Oppressed workshops for refugee groups, indigenous communities, and youth groups. Her plays have been nominated for twelve local and national awards, and The Refugee Hotel won the 2002 Jessie Richardson New Play Centre Award. Currently she is touring her hit one-woman play Broken Tailbone across Canada, in which she teaches the audience how to dance salsa while navigating Latin American history, Latinx culture, and personal anecdotes. Her new plays Anywhere But Here (a magic-realist piece that takes place at the U.S./Mexico border), The Perfect Gentlemen (adapted from Moliere’s The Learned Ladies, exploring hypocritical puritanism and sexual paranoia on university campuses) and Medea (adapted from Euripides’ original, set in Vancouver’s Little Saigon in 1980) will receive world premieres on Canada’s mainstages (The Vancouver Playhouse and The Factory Theatre) in 2020 and 2021(venue to be determined for Medea).

Carmen has over eighty film, television, and stage acting credits. Theatre highlights include: Veronica in Alberta Theatre Projects’ production of Stephen Adly Guirgis' The Motherfucker with the Hat, for which she won Calgary's 2014 Betty Mitchell Award for Outstanding Performance in a Supporting Role, Dona Flor in The Electric Company/Vancouver Playhouse’s co-production of Dona Flor and Her Two Husbands (adapted for the stage by herself and The Electric Company), and Celestina in Pi Theatre’s production of Jose Rivera's Cloud Tectonics. Film and television standouts include: Constanza in Bella Ciao!, (2019 Leo Award nomination for Outstanding Actress in a Lead Role) Aunt Silvia in the multiple-award winning Quinceanera, and Alcina Albeniz in Endgame.

Carmen's first book, Something Fierce: Memoirs of a Revolutionary Daughter, was published in 2011 in North America, the United Kingdom, Holland, and Finland, and will be published in Italy in 2020 by Nuova Editrice Berti Publishers. Something Fierce received rave reviews on the international stage, won CBC Canada Reads in 2012, was nominated for national and international awards, and is a #1 national bestseller. Her second memoir, Mexican Hooker #1 and My Other Roles Since the Revolution, was published in April 2016 in North America and the United Kingdom to rave reviews on the international stage. It became a Globe and Mail bestseller a week after publication and was named a best book of 2016 by The National Post and CBC.

Carmen, a graduate of Studio 58, is the recipient of the 2014 10 Most Influential Hispanics in Canada Award, the 2014 Latincouver Inspirational Latin Award for Achievement in Arts and Culture, the 2012 Outstanding Alumna Award from Langara College, the 2011 Union of B.C. Performers Lorena Gale Woman of Distinction Award, and the 1993Anthony Golland Award, presented by ACTRA.